After upgrading my iPad to iPadOS 15.5, Safari became unusable. It would take forever to load the Reddit login page, and many others like Dilbert.com. Opening the same in Firefox Focus had no issues.

Going into Settings / Safari / Privacy & Security / Hide IP Address and disabling it fixed this for me. Alternatively you can disable it only for specific networks (Settings / Wi-Fi / ⓘ / Limit IP Address Tracing / Off).

It seems Apple turned on iCloud Private Relay on by default for Safari in iPadOS 15.5 and presumably iOS 15.5 as well. Macs are probably next.

I can only speculate why turning it off fixes the breakage, but: 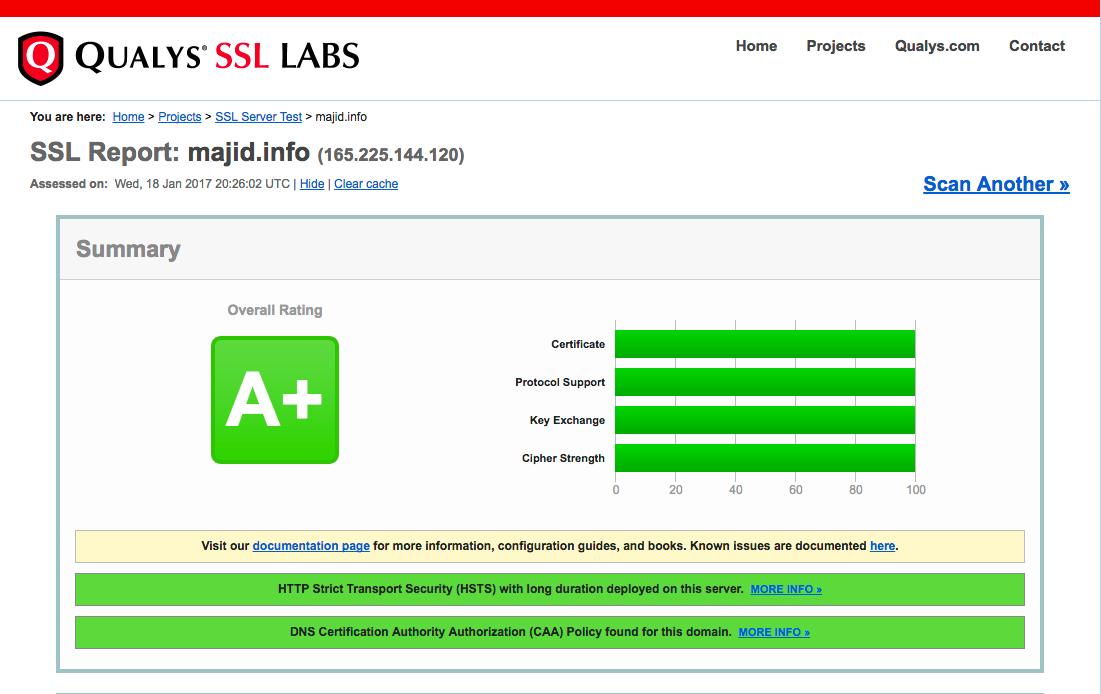 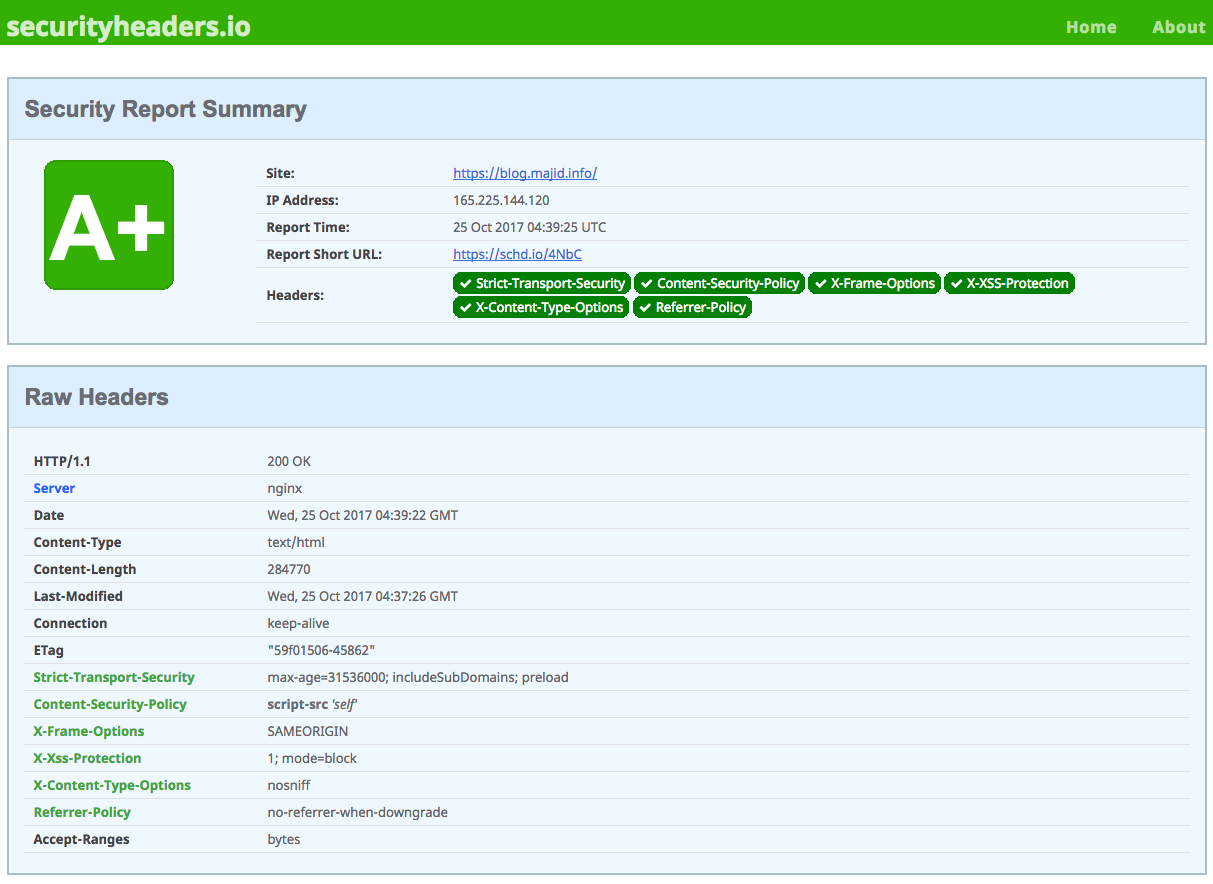 I just switched this blog to use Amazon’s Cloudfront CDN to speed up things (the old server was in Mt Prospect, Illinois near Chicago O’Hare airport, and particularly painful to access from London due to the latency). Unfortunately that also means the perfect A+ is gone, as AWS has more lenient compatibility settings for its SSL gateways.

The WordPress instance running this site was no longer able to automatically update plugins (and presumably not the core either) after I upgraded from a 32-bit to a sparkling fresh 64-bit PHP install at Joyent. It would start the update, and show a spinning logo and then just hang.

After much debugging, I found out the problem is that the class-pclzip.php that is responsible for unzipping was failing silently with the message:

This isn’t terribly helpful, but digging in, it turns out that class depends on the PHP zlib module, and on 64-bit operating systems (more precisely, operating systems with 64-bit large file support enabled), zlib.h #defines gzopen to be gzopen64. PHP does not protect itself adequately and thus the PHP function gzopen gets renamed gzopen64 as well, this throwing class-pclzip.php for a loop, along with a number of other systems like PEAR.

Fixing this requires recompiling PHP. Ubuntu Karmic includes a work-around, but I run Solaris and build from source, so I contributed a patch filed under bug #53829.

Automattic should probably patch class-pclzip.php to deal with gzopen/gzopen64 as there are a great many broken PHP installs out there (the PHP bug has been open for over a year and a half without what I would consider an acceptable solution), and it is surprisingly difficult to find a solution online. I guess a great many WordPress installs are still 32-bit, which is kind of sad.

This may be of use to people experiencing the dreaded “You do not have sufficient permissions to access this page.” message when trying to reach WordPress’ admin page, even when logging in as a proper administrator. WordPress embeds the table prefix in 4 different locations:

Thus if you want to change the prefix, you have to:

Missing steps 1 or 2 will cause WordPress to not find the tables, and it will go through the initial install process again.

Missing step 3 will cause the account to lose its roles, and thus not be authorized to do much besides read public posts.

Missing step 4 is more insidious, as it destroys the option wp_user_roles, the link between roles and capabilities, and thus even if your account is an administrator, it is no longer authorized for anything.

It feels quite clunky to embed the database prefix in column values, not just tables, just like WordPress’ insistence on converting relative links to absolute links. The former makes moving tables around (e.g. when consolidating multiple blogs on a single MySQL database) harder than necessary. The latter makes moving a blog around in a site’s URL hierarchy break internal links. I suppose there are security reasons underlying Automattic’s design choice, but security by obscurity of the WordPress table prefix is hardly a foolproof measure.

If you are renaming the tables, say, from the default prefix wp_ to foo_, the MySQL commands necessary for steps 2–4 would be the following:

One of the greatest features in the Webkit-based browsers (Apple’s Safari and Google Chrome) is WebSQLdatabase, the ability for a web site to store information in a SQLite database on your browser accessible via JavaScript. This allows web developers to build database-enabled applications that run entirely in the browser, without requiring a server. This is very useful for mobile devices, which in the US enjoy flaky network connectivity at best. One very handsome example is the iPad-optimized Every Time Zone webapp.

SQLite is probably the most important open-source project you have never heard of. It is a simple, streamlined and efficient embedded database. Firefox stores its bookmarks in it. Google distributes its database of phishing sites in that format. Sun’s industrial-strength Solaris operating system stores the list of services it runs on boot in it—if it were to fail, a server would be crippled so that is a pretty strong vote of confidence. Adobe Lightroom and Apple’s Aperture use it to store their database, as do most Mac applications that use the CoreData framework, and many iPhone apps. In other words, it is robust and proven mission-critical software that is widely yet invisibly deployed.

WebSQLdatabase basically makes the power of SQLite available to web developers trying to build apps that work offline, specially on mobile devices. No good deed goes unpunished, and the Mozilla foundation teamed up with unlikely bedfellow Microsoft to torpedo formal adoption of WebSQLdatabase as a web standard, on spurious grounds, and pushed an alternate standard called IndexedDB instead. To quote the Chromium team:

Q: Why this over WebSQLDatabase?

A: Microsoft and Mozilla have made it very clear they will not implement SQL in the browser.  If you want to argue this is silly, talk to them, not me.

IndexedDB is several steps backwards. Instead of using powerful, expressive and mature SQL technology, it uses a verbose JavaScript B-tree API that is a throwback to the 1960s bad old days of hierarchical databases and ISAM, requires a lot more work from the developer, for no good reason. To add injury to insult, Firefox 4’s implementation of IndexedDB is actually built on top of SQLite. The end result will be that web developers will need to build a SQL emulation library on top of IndexedDB to restore the SQLite functionality deliberately crippled by IndexedDB. If there is one constant in software engineering, it is that multiple layers add brittleness and impair performance.

Of course, both Mozilla and Microsoft are irrelevant on mobiles, where WebKit has essentially won the day, so why should this matter? Microsoft has always been a hindrance to the development of the web, since they have to protect the Windows API from competition by increasingly capable webapps, but I cannot understand Mozilla’s attitude, except possibly knee-jerk not-invented-here syndrome and petulance at being upstaged by WebKit. WebSQLdatabase is not perfect—to reach its full potential, it needs and automatic replication and sync facility between the local database and the website’s own database, but it is light years ahead of IndexedDB in terms of power and productivity.

I am so irritated by Mozilla’s attitude that after 10 years of using Mozilla-based browsers, I switched today from Firefox to Chrome as my primary browser. Migrating was surprisingly easy. Key functionality like bookmark keywords, AdBlock, FlashBlock, a developer console, and the ability to whitelist domains for cookies, all have equivalents on Chrome. The main regressions are bookmark tags, and Chrome’s sync options are not yet equivalent to Weave‘s. At some point I will need to roll my own password syncing facility (Chrome stores its passwords in the OS X keychain, which is also used by Safari and Camino).